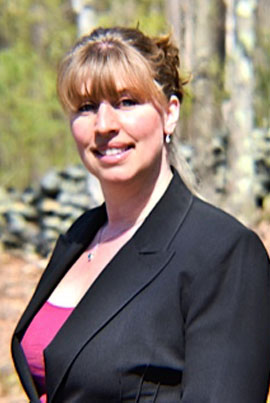 Jessica Chmyzinski has worked with children of all abilities for the past seventeen years. When her own children were young she ran a child care program for ten years. During that time she earned a BA in early care and education with a concentration in special education from Umass Amherst.

She went on to earn a MS in special education and then an Ed.S. in applied behavior analysis (ABA) with a certificate in autism from Bay Path University. She has been working in public school systems and delivering home-based services for the past seven years.

Her most recent work includes research, implementation, and running a district wide ABA program during the 2016/17 school year for the Pioneer Valley Regional School District (PVRSD).

Sean O'Neill graduated from Springfield College in 1993 with a Bachelors degree in Psychology and in 1997 with a Masters Degree in Industrial/ Organizational Psychology minoring in Child Psychology. He completed a Post-Masters Certification Program at St. Joseph's University in 2017. Currently, he is a Board Certified Behavior Analyst and Licensed to Practice in the State of Massachusetts. He holds a Certification as an Advanced Autism Specialist from the International Board of Credentialing and Continuing Education Standards (IBCCES).

Sean has worked for 22 years as an Autism Consultant for Westfield Public Schools, Union 28/ Erving School District and Gateway Regional School District. While working in the public schools, he created an intensive ABA based early intervention program for the City of Westfield for children on the autism spectrum in 2000. This program serviced on average between 15-25 students a year. He has helped kids and young adults on the autism spectrum be successfully included in the general education setting, and guided behavior based programs for kids with ASD. He has vast experience developing and managing behavior intervention plans, conducting social skills instruction, and providing parent support.

Sean has presented nationally for the National Education Association, and at the state level for the Massachusetts Teachers Association. He has created and presented over 50 different workshops for district staff on topics related to Autism; to include ABA, Discrete Trial Training, Social Skills Development, Prompting Procedures, 5 Point Scale, Functional Behavior Assessment, Functional Communication to include Picture Exchange Communication Systems, Cognitive Behavior Therapy, and Social Stories. He has formed numerous parent support groups in the districts he has serviced.

In his spare time, Sean enjoys spending time with his family (especially his grandchildren), fishing, traveling with his wife, and attending Red Sox and Patriots games. He is an avid Music fan, attending concerts whenever he gets the chance, and is learning to play the guitar. He enjoys time with friends and believes that laughter is the best medicine.